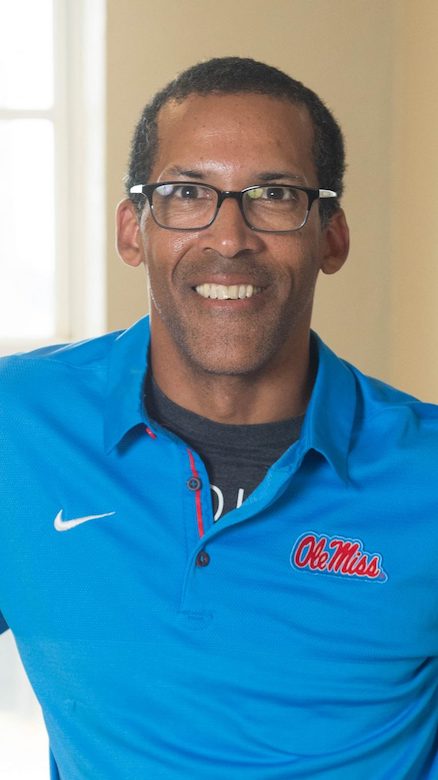 COVID-19 has a political face – and it’s not always pretty. Why are state governments jousting with the federal government about policies, payments and procedures in response to the pandemic?

According to Marvin King, an associate professor in the University of Mississippi departments of Political Science and African American Studies, power struggles between the federal government and individual states are baked into the U.S. Constitution. King is an expert on American politics whose work has appeared in leading academic journals as well as newspapers.

Here, he explains how recent stormy exchanges between the president and several governors are just the latest chapter in a long history of conflict between these chief executives:

Q: Why would the founders have written the Constitution in a way that puts federal and state governments on a collision course?

A: This was quite intentional. The founders were resentful and fearful of the power of a monarch, and they believed that the states needed a certain amount of independence and authority, so they designed a system where no single branch of government would have too much power.

Q: Is there a basic principal of governing that the federal government and the states always agree on?

A: They agree that the job of government is to provide for the general welfare of the people. But “general welfare” can be subject to different interpretations.

Q: What are some continual conflicts that arise between the executive branch and the states?

A: All disputes can be found within a simple rubric: Who should be solving a problem? Who should be paying for it? You see those questions playing out in the debates over COVID-19, and there’s always a tension around them. By definition, every time the federal government does something national in scope, the states lose autonomy in their decision-making power.

Q: So, are we in a constant gridlock about how to deal with important policies because neither the federal government nor the states ultimately have the power to make decisions quickly in an emergency?

A: Article Six of the Constitution contains the supremacy clause, which says that the judiciary and the states are bound by the “supreme law of the land,” meaning the federal government. This means that executive power can trump state power. But the framers didn’t plan for a virus when thinking of an unforeseen emergency that would require the president to put the supremacy clause into action.

Q: Would there be any benefit to the federal government taking the lead now because we’re in a national emergency?

A: We need the federal government to put all states on the same playing field. If this doesn’t happen, states won’t be able to protect themselves.

The virus isn’t contained; think of it as a form of air pollution. We can’t stop the pollution from an Ohio smokestack blowing into West Virginia – and we cannot keep the virus from moving from one state into another – and that puts states in a dangerous spot. For example, if Arizona or Nevada reopens and California stays closed, it doesn’t do Californians much good, because they can’t create buffer zones between themselves and other states.

Q: If the states want to resist federal intervention or make up for what some see as lack of federal assistance regarding COVID-19, how would they do that?

A: Recently, states have formed interstate compacts. New York, New Jersey and Connecticut did this, and so did California, Oregon and Washington state. These compacts create partnerships between states so that they can mobilize collectively on issues and problems caused by COVID-19. For example, they could collectively bid on medical supplies and then ship them among partner states as needed.

Generally, the Constitution requires compacts to be approved by the Congress, but this pandemic is a first, so it’s unsure how that will play out. The Constitution isn’t easy to interpret. That’s why we need the courts.

Q: There are a lot of recommendations by the Centers for Disease Control and Prevention. So, shouldn’t states follow those?

A: The CDC is a federal agency, not a state agency. The scientists there are issuing recommendations, not making laws. How much those policies protect you depends on whether the state you live in is following those recommendations.

Take the city of Bristol: part is in Virginia and part is in Tennessee. Businesses in the Virginia section are shuttered now while the same types of businesses in the Tennessee section remain open. The situation is very fluid right now – and things are changing daily. So, how protected you are from COVID-19 can come down to where you live as much as how you live.