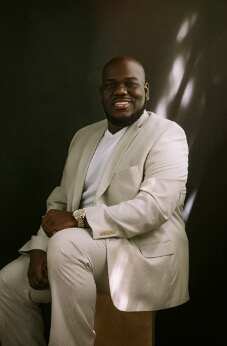 August 10, 2021 Courtesy of the University of Mississippi Graduate School Newsletter

At DePauw, Riley passionately teaches different subjects from political science to Africana Studies, and this passion led to his selection as the 2018 Anna Julia Cooper Teacher of the Year by the National Conference of Black Political Scientists. Last semester, he was promoted to be director of the Africana Studies Program at DePauw University. In 2020, he was awarded the Fannie Lou Hamer Award for Service by the National Conference of Black Political Scientists for his contributions to the African American community in the United States. In 2021, he was named Faculty Member of the Year at DePauw.

“There was always this conscientiousness of a region of the world that is culturally rich in terms of its music, its history, and just the culture of growing up in the Delta,” Riley said. “The Delta shaped my life in the sense that I grew up in an environment where I was racially conscious. It wasn’t a racially mixed area, and all that I have become as an academic and a person is because of my roots to the Mississippi Delta.”

For his research, Riley studies racial attitudes and political behavior. One part of the research looks at how Black political representation impacts the response of white people to Black leadership. More recently, Riley has been writing on how racial resentment predicts white political behavior in terms of vote choice, candidacy evaluations, and policy preferences. He currently has a book contract with Routledge Press for a project in which he examines racial resentment among different races in politics.

“The book is called Racial Attitudes Today: The Emergence of Racial Resentment Among Blacks and Whites,” Dr. Riley said. “We are now extending that study from a central focus on white racial attitudes to what are the ways racial resentment shows up among racialized groups such as Hispanics, Latinos, Asian Americans, and even Black Americans.”

One key question the book asks is, can one apply the same framework used to study white racial attitudes to analyze and make sense of the racial attitudes among people of color? Although Covid-19 has affected progress, with data delays, the publication of the book is expected near the end of 2021.

A lot of people outside Mississippi do not realize the rich culture and history this state possesses, outside of the often-highlighted racial history of Mississippi. Riley notes that progress takes time everywhere, and Mississippi lawmakers have made steps toward progressive decisions recently. He offered the state flag change as one example. Riley wrote a story piece in the Mississippi Free Press, of which he serves on the editorial board, on the decision to remove the state flag and replace it with a more modern representation of the state.

“I was shocked. I did not see it coming,” Dr. Riley said. “The [new] flag was definitely one of my proudest moments of being a Mississippian.”

Dr. Riley was recently elected Vice President of the National Conference of Black Political Scientists (NCOBPS). Being elected vice president, he will rise to president of the professional association within three years. The conference emphasizes African American politics, scholarships, and other mentorships. The organization promotes research of topics that are not covered well enough in political science, and Riley discussed that the central focus of the group is dealing with critical questions of Black politics globally.

“It is a great honor and joy to serve these organizations and to also work on diversifying political science because it is a discipline that has struggled with diversity”, he said.

Riley reflected on his time at the University of Mississippi and recalled fond memories of Oxford while pursuing his Ph.D. Talking about some faculty who assisted him, he credited Dr. Jonathan Winburn for helping him get through the political science program and letting his work be seen. Winburn was on Riley’s dissertation committee, and he cultivated a great relationship with Riley during his years in the political science program.

“He was very involved in the graduate program, focused on his research, and I think he matured into a really good scholar,” said Winburn. “In recent years, he has been one of our best successes coming out of our Ph.D. program.”

Riley travels the globe and presents his research in different countries as well as teaching abroad during some semesters. The impact of his research can be seen through his students, coworkers, and readers of his studies. He has high hopes that his research will push the US to be a better nation overall and that the research will provide some guidance to people interested in studying racial attitudes. Riley’s roots will always reside in the Mississippi Delta, and his research will continue to speak volumes for him as a scholar, professor, and man.

“My research is a way to bear witness and [testify] to the conditions of Black people in the way race operates and functions in our political system. As a scholar who studies race, I think that we have to challenge traditional frameworks that do not make space for voices of marginalized scholars. One way I do that is by engaging in research that’s going to speak about these particular matters.”

For more information on Riley and his research, visit https://www.emmittriley.com.