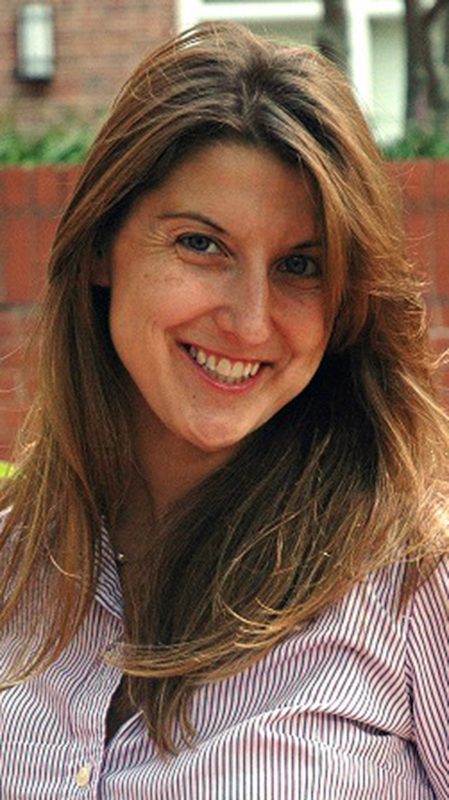 A University of Mississippi political science professor and her students are collaborating with researchers from the Massachusetts Institute of Technology, Dartmouth University and 25 other universities to study wait times at polling places in the 2016 presidential election.

Julie A. Wronski, an assistant professor of political science, had the help of 40 students from her Political Science 251 class to collect data on how long people spent at the polls. The hundreds of pages of information students collected from Lafayette, Yalobusha and Desoto counties will be paired with data collected in urban and rural areas across the country.

Researchers want to better document the variability of voter wait times across the country and understand the factors that lead to long lines.

“If we do find that there are certain precincts or certain regions where there are consistently longer times to vote, we can identify these areas and the factors that could lead to longer wait times,” Wronski said. “These issues can be ways of disenfranchising voters and making them more apathetic to the process. The fewer barriers to vote, the better.”

The UM team was the only one from Mississippi to participate. Data was collected in New York, Boston and other urban areas, as well as rural areas across the country.

The study offered a chance for students to see firsthand how states and localities conduct elections, Wronski said. The work also helped them better understand how data is collected, as well as its importance.

UM students went to polling places to sample how long voters waiting in line to check in and the amount of time voters take to cast their votes, among other information.

Mississippi law required the team to remain outside the polling places and to not interact with voters. The students respected those rules, but were still able to gather the information they needed.

“The poll workers and election officials were very welcoming to us as nonpartisan observers in a very contentious election,” Wronski said. “Just being able to see anything was great.”

The work resulted in a thick stack of records that will be compiled along with information collected by other participating universities. The findings will be analyzed along with demographic information about each precinct.

“It’s going to be matched with precinct-level data on income, race and education level, and then also matched to the precinct-level voter file to see the percentage of Republican or Democratic voting,” Wronski said. “So, we can make those empirical connections on where the longer lines were. Were they in the more Republican-leaning or Democrat-leaning, or more urban or rural, areas?”

The national team of political researchers will write up their findings for publication in a peer-reviewed journal. The information may be ready by the summer of 2017.

The team also plans to use the data to educate the general public and nonprofit groups who are passionate about voting issues on the causes, costs and remedies for long lines at polls.

The class, which is an introduction to empirical analysis, is a perfect venue for giving students a chance to participate in the process of inquiry, said John M. Bruce, UM professor and chair of political science. The work brings the ideas discussed in class into a more concrete focus and gives students an “extraordinary experience,” he said.

“The collaborative study that Dr. Wronski is working on cuts to the very heart of our democracy,” Bruce said. “Voting has to be a reasonable exercise, and all voters should expect similar experiences when they vote. … Gathering this type of data is a way to begin to understand how well our citizens are able to engage in democracy.”

Haley Simmons, a political science doctoral student from Starkville, helped with the data collection project on Election Day. As a graduate assistant for Wronski, he was responsible for logistics of the research, while Wronski managed student involvement and coordinated with lead researchers from other institutions.

Simmons said he hopes the students involved in the project will eventually conduct their own research using the skills they learned.

“Introducing students to research practices and showing them that research can be fun as well as academically rewarding was the highlight of my involvement with this project,” Simmons said. “Skills we learn in graduate school classrooms are often abstract, and this opportunity allowed me to apply abstract skills to real-world research.”