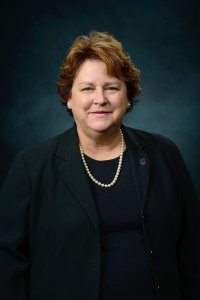 OXFORD, Miss. – The research projects of 11 University of Mississippi faculty members were funded recently, thanks to a competitive internal grants program piloted in 2015 by the Office of Research and Sponsored Programs.

The program, known as ORSP-IG, was created to support promising research in its earliest stage of development. The winning proposals were selected on the basis of their strengths in several categories, including intellectual merit, plan soundness, expected impact (at the institutional, state or national level) and the potential for attracting external investment.

“The university’s research enterprise is strong and growing thanks to the dedication of our talented faculty and researchers,” said Alice Clark, vice chancellor for research and sponsored programs. “I congratulate the 2015 award recipients and wish them continued success as they carry out their projects.”

Ranging in value from $2,750 to nearly $10,000, the awards will sponsor projects across campus. Thirty-four faculty members will directly benefit from the studies, while 69 undergraduate and nine graduate students will participate in research.

Additionally, the projects are expected to lead to at least 14 external funding proposals to major federal funding agencies, including the National Institutes for Health, National Science Foundation, the U.S. Department of Defense and others.

“We believe that the Investment Grants program has value beyond the sum of the internal dollars awarded,” said Jason Hale, UM director of research resources. “The competition and feedback loop should help to elevate the project narratives to a level that will be attractive to external sponsors.”

The award will allow the faculty members to generate original survey data through participation in the 2016 edition of the Cooperative Congressional Election Study, a survey that reaches 50,000 Americans. The process is expected to lead to scholarly publications, external grant proposals and increased graduate and undergraduate student research involvement. 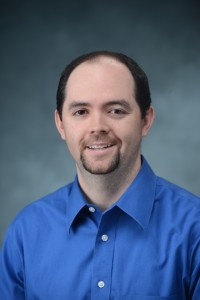 “The funding of the proposal will enable the investigators to generate their own original survey data during the course of the 2016 U.S. elections,” Dowling said. “This unique opportunity, which is a part of a collaborative effort with other institutions, will form the basis of several scholarly publications and external grant proposals.

“Not only will faculty in the department be able to pursue research questions on a national scale, but graduate students and interested undergraduates will have opportunities to take part in this research project as well.”

Other 2015 “ORSP-IG Round 1” winning proposals and principal investigators were:

* “Recovering the Lost Library of Chartres: Pioneering the Digital Future of the Past at the University of Mississippi,” Gregory Heyworth, associate professor of English.

* “Toward a Better Understanding of Groundwater Recharge in the Mississippi Delta in Support of Sustainable Aquifer Management,” Andrew M. O’Reilly, assistant professor of geology and geological engineering;

* “Documenting Mississippi Stories,” Ted Ownby, professor of history, director of the Center for the Study of Southern Culture;

* “Visualization and Development for the SHE™ Application,” Phillip Rhodes, associate professor of computer and information science;

The guidelines for the 2016 competition, known as “ORSP-IG Round 2,” have been released. Proposals by eligible researchers are invited on any topic of research, scholarly or creative interest, and special consideration will be given to those addressing issues related to race.

The Office of Research and Sponsored Programs received a high volume of proposals during 2015’s Round 1 competition. To evaluate the proposals, ORSP enlisted several Ole Miss faculty and research staff members who responded to a campuswide call for readers.

For Round 2, a similar process will be used, but a pre-proposal will no longer be required and the proposals will be submitted via a new online portal.