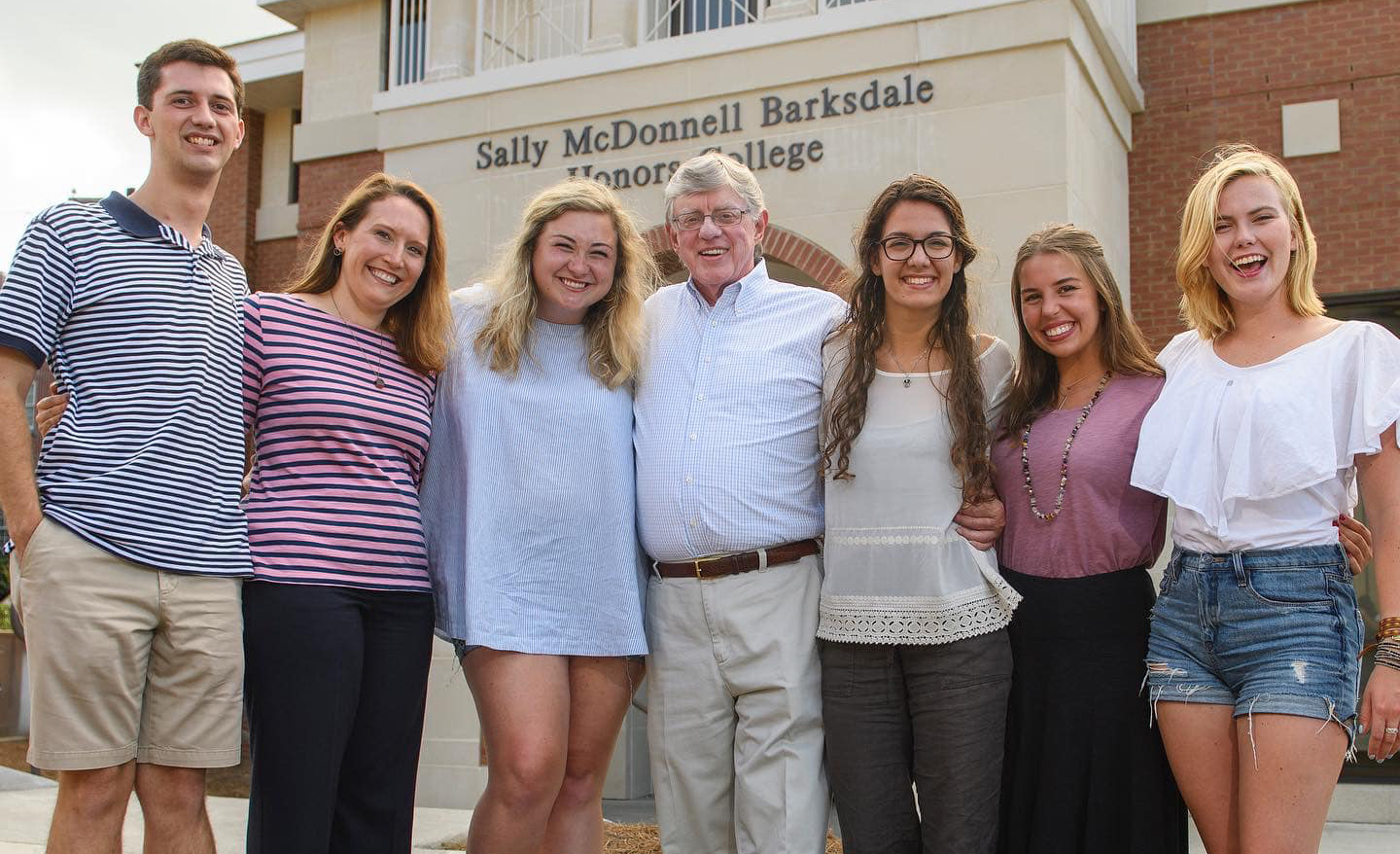 John Winkle (center) hangs out with several of his students in the Sally McDonnell Barksdale Honors College. Winkle’s students across campus are remembering how the late professor of political science both challenged and encouraged them. Photo by Thomas Graning/Ole Miss Digital Imaging Services

John W. Winkle III was a monumental figure at the University of Mississippi. He won virtually every teaching award the university offers, served as chair of the Department of Political Science more than once and contributed to the creation of the Sally McDonnell Barksdale Honors College and Trent Lott Leadership Institute, to name a few accomplishments.

His most cherished compliment, however, came from a student.

“John had a student from a rural, underfunded Mississippi school system who struggled, but ultimately passed his constitutional law class,” said Ellen Meacham, instructional assistant professor of journalism and Winkle’s wife. “The student said, ‘It was the hardest class I have ever taken, but Dr. Winkle never made me feel stupid.’”

His colleagues, friends and former students remember the emeritus political science professor, who died Oct. 23, for his many accomplishments and extraordinary character. Upon the news of Winkle’s death, tributes came flowing in from across campus and from the highest of federal offices.

“John Winkle was devoted to our beloved Ole Miss and her students,” said Gloria Kellum, former vice chancellor for university relations. “He wanted his students to exceed in life, so his teaching was subject matter-based but so much more about life and living.

“He helped create an environment of academic excellence in his teaching, his service, and his research and scholarly endeavors. He was a change agent for our university and for so many graduates and colleagues. 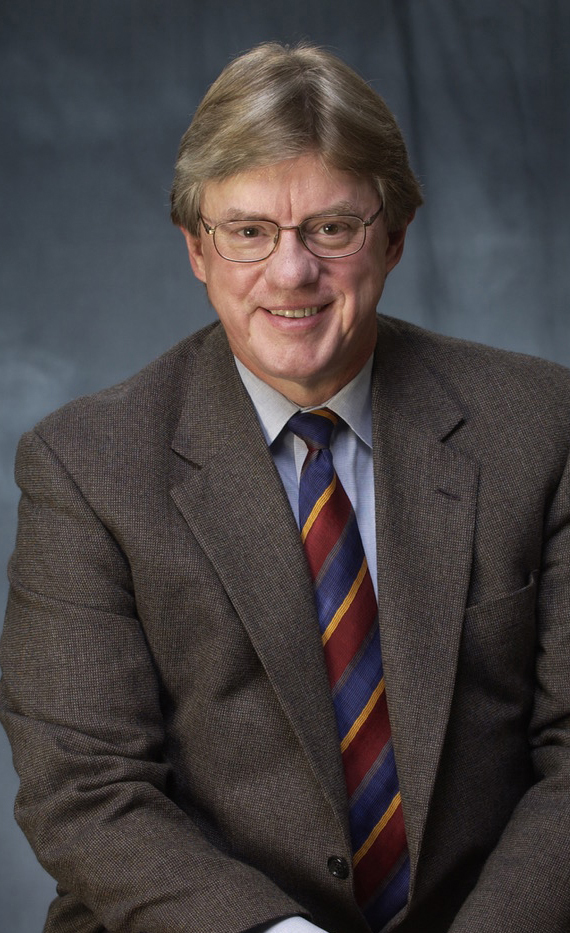 John Winkle, professor emeritus of political science, is being remembered for his significant accomplishments over several decades and exceptional character. Submitted photo

“John was a friend, a colleague, a mentor and someone with great intellect, integrity, kindness and humor – an all-around great person.”

Sentiments like these are reflected in donations to the John W. Winkle III Fund for Academic Excellence. The endowment provides scholarships to political science majors with outstanding academic records and a strong interest in public service.

“John left an incredible mark on this campus in many ways, but his work in the classroom was unparalleled,” said John Bruce, chair and associate professor of political science. “This endowment is a fitting tribute to a man who cared so much for his students.”

After earning his master’s and doctoral degrees in political science from Duke University, Winkle came to UM in 1974. He served nearly four decades at the university.

Winkle taught undergraduate and graduate-level political science courses, as well as a range of special topics courses for the Honors College. He remained in the classroom even after retirement and was teaching an experiential learning class focused on the Supreme Court at the time of his death.

The university and his colleagues regularly recognized Winkle for his accomplishments on campus. His list of honors includes:

His students remember his encouragement and dedication.

“He was articulate and inspirational,” said U.S. Federal District Court Judge Michael Mills. “He also had a very kind demeanor and a great sense of authenticity. He certainly inspired a love of the law in me. A very good man.”

When the university named Winkle a top professor in 1980, Karen Hinton was there cheering on her professor with her classmate, Linda Monk.

“After my first class with Dr. Winkle, I walked back to my dorm thinking I want to be just like him,” said Hinton, a political adviser and former Mississippi journalist. “I didn’t know who I was or what I wanted to be, until I listened to him, to his questions, to his answers.”

“There are some debts you can never repay,” Monk said. “Mine was to Dr. John W. Winkle III, who became my mentor and friend of 45 years. His course on constitutional law prepared me for my life’s work – and the rigor of Harvard Law School.

“His generosity with former students was legendary, and he graciously edited my books. The university has truly lost a scholar and a gentleman, who embodied the highest standards of excellence and did it with a full heart.”

Winkle left a legacy on campus – one that will resonate for decades to come. A recent gift from an anonymous donor to the Honors College established the John Winkle Reading and Research Room. This was a fitting tribute, as Winkle wrote the eight-page vision statement that led to the college’s creation.

“He served as my thesis adviser and was an incredible friend,” White said. “I still remember when I walked off the graduation stage, he bear-hugged me, looked me in the eye and said, ‘You’re going to change the world.’

“The confidence of that look pushed me to achieve far beyond what I thought I could before I met him. And I’m just one of hundreds of students he inspired.”

Winkle also proposed the creation of a leadership institute and guided the early stages of what later became the Trent Lott Leadership Institute. 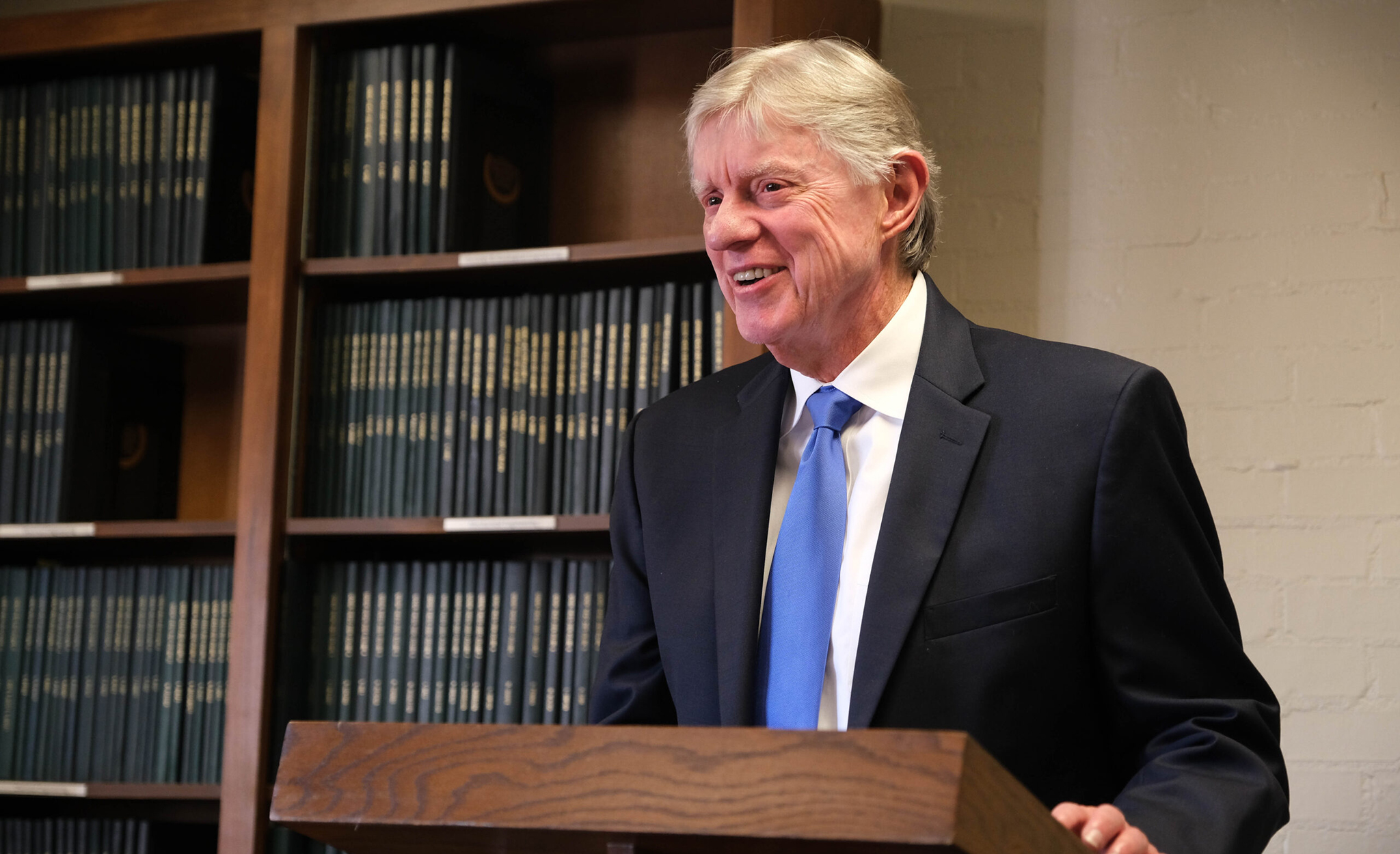 John Winkle, who was instrumental in the creation of the university’s Sally McDonnell Barksdale Honors College, speaks at the recent dedication of the John Winkle Reading and Research Room at the college. Photo by HG Biggs/Honors College

“He was someone that truly cared about people, and he particularly cared about his students,” said former UM Vice Chancellor Thomas Wallace, who is vice president for student affairs at California State University at Bakersfield. “He did all the things that a wonderful professor should do to get their students interested in learning and make learning fun.”

Outside the classroom, Winkle had a wide variety of accolades and passion projects. He wrote the definitive text on the Mississippi state constitution in 2014. He also served as recording secretary of the Judicial Advisory Study Committee and on the Mississippi Bar Association Commission on the Courts in the 21st Century.

An avid Boston Red Sox fan, he coached many seasons of youth baseball, a couple of them with author John Grisham. In Grisham’s “The Street Lawyer,” a character appears by the name of Officer Winkle.

He boosted the Oxford community by helping to organize one of its farmers markets. The Oxford Community Market was among the first in the state to accept SNAP benefits.

Winkle helped write the USDA grant that helped the market get locally grown fresh fruits and vegetables to low-income people in food deserts and train local vendors to grow or prepare marketable crops and products year-round.

Bruce Levingston, the Chancellor’s Honors College artist-in-residence and holder of the Lester Glenn Fant Chair, said that Winkle was “the most generous, noble and gifted of men.”

“A master teacher and inspiring mentor to generations of students and faculty, I was honored to teach a course with him,” Levingston said. “He treated every single student with dignity and kindness and showed a deep, genuine interest in their future and well-being.

“He was a dear friend who leaves an immense void in this world. His legacy of love, compassion and intellectual curiosity will live on in all of us who were so fortunate to know him.”

Winkle is survived by his wife; sons Johnny and wife Amy, of Atlanta; Jason and wife Felicia, of Memphis; and Will, of Taylor; his brother, Joseph R.; six grandchildren, and a niece and nephew.

To make a memorial gift to the John W. Winkle III endowment, send a contribution, with the endowment’s name written in the check’s memo line, to the University of Mississippi Foundation, 406 University Ave., Oxford, MS 38655. To make a gift online, visit https://umfoundation.com/winkle.