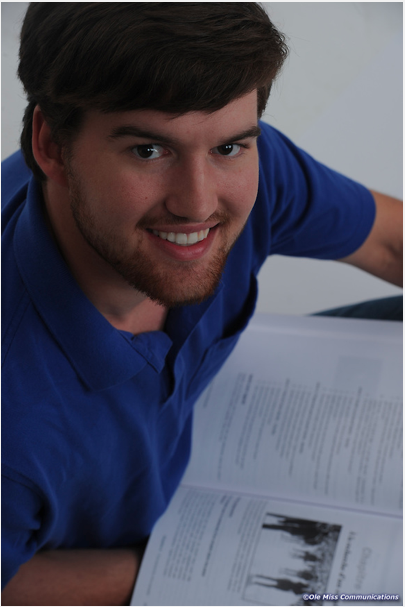 Travis Gray created quite a stir with his presentation at the Southeastern Conference for Public Administration in Coral Springs, Fla.

Gray’s honors thesis, “The Economic Impact Analysis of Agricultural Subsidies in Mississippi,” “was the only undergraduate paper accepted for presentation at the 2012 conference. The triple major in political science, public policy leadership, and French, who graduated in May 2013, scored high marks for his presentation.

“His paper spurred more discussion than any other on the panel,” said Joseph “Jody” Holland, visiting assistant professor in public policy leadership. “The comments focused on the big picture of food in America—what we eat and where it comes from—and on Gray’s policy recommendations. There are negative connotations around farm subsidies, so the conversation was about how these recommendations would affect individuals.

“The feedback was about sharing experiences and models that complemented his recommendations of providing subsidies to local food economies. Even though federal funds may be used, people suggested that it be managed and implemented at a local level.”

Using the Regional Economic Model, or REMI, forecasting and policy analysis tool, Gray worked with Holland to analyze a projection model of Mississippi’s economy without federal agricultural subsidies—money paid to farmers and agribusinesses to supplement their income, manage the supply of agricultural commodities and influence the cost and supply of commodities such as wheat, feed grains, or sugar.

Gray’s longitudinal analysis identified the economic impact of the state not receiving $400 million to $500 million annually in agricultural subsidies and its affect on the farm and food industries in Mississippi. His research indicated a loss of 3,000 jobs the first year with the economy eventually correcting itself through appropriate market mechanisms.

“Our panel was called Strengthening Rural Economies, which was ironic because taking away subsidies will hurt—immediately,” Gray said. “But we came up with policy recommendations for after the removal of subsidies.”

He plans to attend law school and, possibly, specialize in food law.